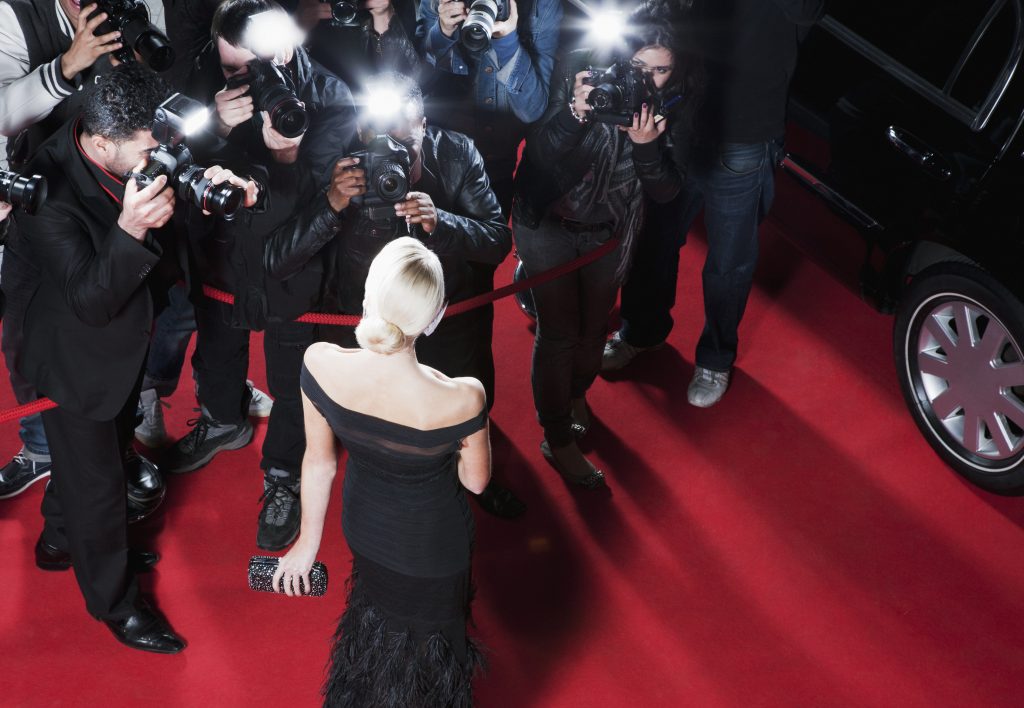 The Power of “Unattractive” Celebrity Photos

Quick Access hide
A memory from my childhood
When celebrities are insecure
What happened?
Damaging impacts
What is the truth about “unattractive” celebrity photos?
How can we break free from these unreal standards? Is there a real solution?
The role of media
The influence of brands

There are some unretouched photos without any filters — just like the photo which Khloé Kardashian wanted to hide from you — that can be the key to destroy this body-tuned hellscape we have created.

A memory from my childhood

On a Friday night, my hot friend and I were in her room. Just like a groundhog who doesn’t want to see its own shadow, we were looking for Revlon lipsticks and Forever 21 crop tops. We were teenagers, so we wanted to look older and sexy in our outfits. We wanted to have a wild night at the local AMC theater you could see her flat stomach in that mid-rise jeans. She suddenly told me that she felt so fat. I know that we couldn’t go out anymore, because she didn’t have a good feeling. I didn’t ask her opinion about the way I looked, because I was twice her size and height and I didn’t want to know the answer.

When celebrities are insecure

Thankfully, I do not find myself in these situations a lot, but now I’m ready to handle them. Top celebrities often don’t like to be photographed indirectly. The insecurities of a famous person can hurt regular people. Many of them including Britney Spears, and Lindsay Lohan, have been accused of altering their images. Khloé Kardashian’s “photogate” accident which happened in April, is the recent one. Khloe Kardashian who comes from one of the most famous families is a good example of what happens when a famous person is insecure.

Check out the beauty tips on the BeautyMag.ca

In case you are not informed about the incident, I will give you a quick explanation: one of her assistances posted a photo of her which was lightly edited. It was a photo of Khloé Kardashian flashing a sweet smile into the camera, having a phone in her hand, and standing near a pool. Everything was standard: tanned legs, flat stomach, wide hips, narrow waist, and perky breasts. In my idea, it was a hot photo. Then, she immediately deleted all the copies of that image, because they were not authorized.

After that, Khloé Kardashian posted a note on Instagram, explaining that she has the right to delete the photo which was posted without her permission. To be honest, I agree with that part, but the thing is that she attached photos and videos of her stomach, trying to defend herself and refusing all that claims of over-editing. Then she wrote she is neither fat nor ugly. 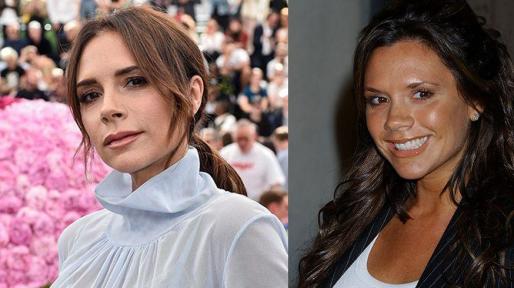 What can be understood from her, is this damaging belief: appearance determines the worth, and also thigh gaps, airbrushed skin, and tapered waistlines are not accepted in the perfect world. All of these will bring a question to our mind: how would she feel about a bikini shot of me or any other person who doesn’t have the same body type as hers? This will insecure a lot of people. Just think about the number of beautiful people you have seen on social media who might have secretly tried to look like a Kardashian.

I’m not saying that celebrities are responsible for our body image, but we can’t ignore the fact that the Kardashian family has a great influence on many people. Khloé Kardashian didn’t want photos to be seen by people but she ended up drawing more attention to the subject. She could have just ignored that image and stop getting unwanted attention.

When we see celebrities’ fake perfection, we try to reduce the pressure by doing our best to be like them. But when we realize all of those standards are nothing but lies, we get upset.

What is the truth about “unattractive” celebrity photos?

Let me tell you what can be considered “unattractive” celebrity photos: they are nothing but photos of human beings looking like human beings. When all is said and done, cellulite, rolls, double chins, circles you find under your eyes and many other things which are considered as “imperfection” are completely normal. Sometimes celebrities show these features to us without any shame and they point out the images of themselves which were altered by themselves or other people. By this action, they remind us this fact that what we often see on our screens is just an illusion.

In this stage, we can’t ignore the role of technologies in our lives and it’s not an easy thing to distinguish reality from filters. This can be possible only if celebrities show us what they look like in the real world. So that one day, these chains of standards will be broken and we will finally fend our detriment.

I think we all can agree that people are sometimes mean. So showing our real sides is not an easy thing to do and this the reason why Khloé Kardashian wanted to delete that photo. Unfortunately, Internet trolls are everywhere. It’s a cycle: When we see celebrities’ fake perfection, we try to reduce the pressure by doing our best to be like them. But when we realize all of those standards are nothing but lies, we get upset. Then, we turn into mean people who criticize peoples’ bodies. That fact is that nobody likes to be bullied and celebrities are not an exception. So to avoid them, they have no choice but to continue their dieting and airbrushing to feel self-assured. This way we can prevent bullying. But this useless cycle should end somehow.

How can we break free from these unreal standards? Is there a real solution?

If you look at history, we probably shouldn’t expect revolutionary actions from the Kardashian family against these fake beauty standards and this body-shaming. But in my idea, someday somehow this cycle will be destructed. I believe it is not a possible thing if celebrities cooperate and use their platform to do this. (for example, I can address Jameela Jamil’s iWeigh campaign alongside Tracee Ellis Ross. She is not afraid to draw critical attention to people who retouch their photos). We are witnessing the growth of fat-acceptance and body-neutrality communities, which will change the game. The Power of Plus and Fat Sex Therapist are a couple of my favorite follows among others to keep my Instagram feed in the realm of reality.

Next time you feel that you are about to say any negative appearance-based statement such as “I feel fat” or “I look ugly,” consider turning to people whom you trust and saying “something has made me feel insecure.” 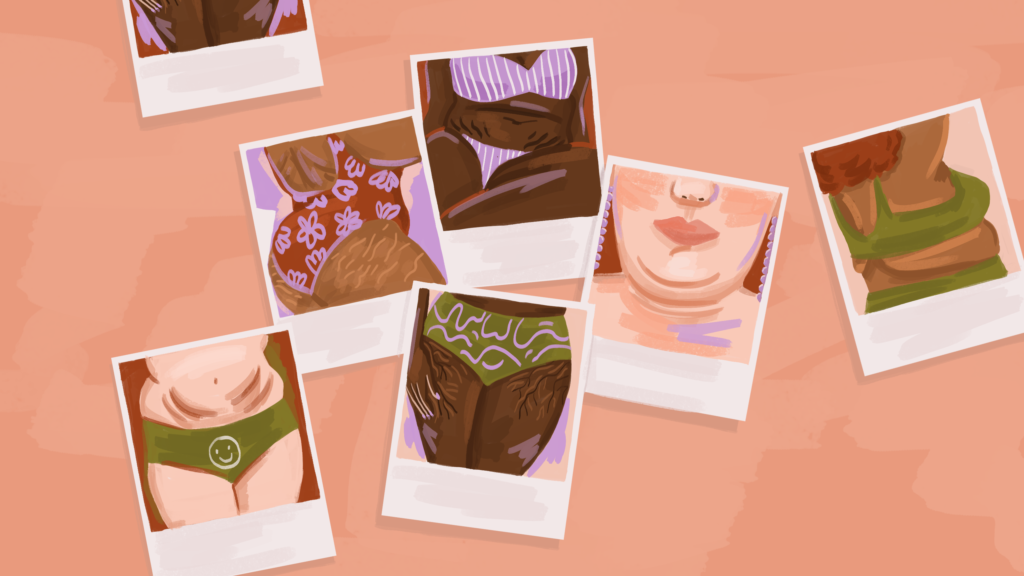 The role of media

Also. The “media” which is called by my baby-boomer father, has a great responsibility here. The media’s responsibilities include tabloids and glossy magazines. We can never ignore the fact that the covers of magazines are being altered and manipulated every day, and it is done to some extent that no one can recognize that celebrity. Celebrities’ weight gain and loss are being monitored continually by plenty of publications. To give an instance, we can name the Daily Mail. The Daily Mail published an article addressing celebrities who recently had a change in their bodies because of the COVID and called that “COVID dad bod”. If you search “Adele weight loss” in Google, you will see several headlines from 2021. All of these headlines promise you that you can achieve these transformations too. I confidently tell you that these stories are popular among readers and they click on them, so these are being published. Also, our cultural obsession with “perfect” bodies is being reinforced by this anything-for-clicks mentality and in most cases, the subject is not about people being photoshopped.

If you click on this link, you will redirect to : healthmagazine.ca

The influence of brands

Brands are the other side of the story which have a long history to use “after” photos in their ads, to tell customers that their products work like a miracle. In recent years, some progress has been made. companies such as CVS and Unilever promised that they will no longer retouch promotional materials. But still, many other things must be fixed. Some works should be done to fix non-Photoshopped faces to make sure that they differ in face and body.

But what is our role?

Above all of these, we as average folks who are living in normal places must consider being nicer to ourselves. Moreover, we should learn not to let other persons’ bodies, whether famous or not, influence us. Next time you feel that you are about to say any negative appearance-based statement such as “I feel fat” or “I look ugly,” consider turning to people whom you trust and saying “something has made me feel insecure.” It is time to get rid of the things we considered “compliments” for a long time. For example, we should not congratulate people on their weight loss they haven’t told you about because it implies that if they have thinner bodies, they are valued. You can complement people without relation to their bodies.

We can have meaningful conversations with our loved ones, without judging them. Next time you saw a celebrity in their natural state without makeup or filters, you can support them rather than defending beauty standards.